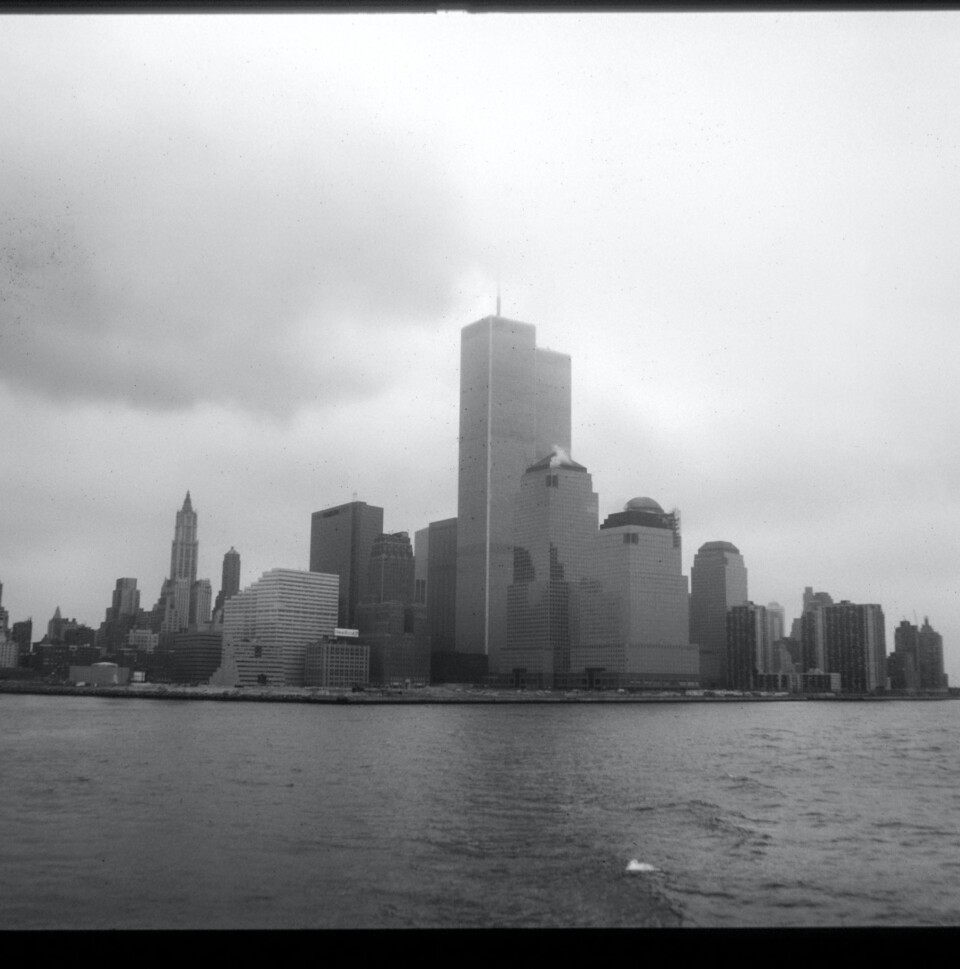 It began as a normal workday. My phone rang shortly before 9 a.m. It was Debbie. She’d been watching the Today Show and there had been a horrible accident. A plane had crashed into one of the Twin Towers, she explained. As we spoke, a second plane hit. We knew then it was no accident and the world had changed forever. I slowly arose from my cubicle, hand still clutched to the receiver of my now silent desk phone. From other cubicles, my co-workers heads began to pop up one by one, phones in hand, eyes wide. I couldn’t help but think we were a part of a big whack-a-mole game and the mallet that crushed us was the news that our country had just been attacked.

My boss Len rolled the TV from his office into the lunchroom just in time for all to witness the collapse of the first building. Shortly thereafter we were sent home for the day to be with our families. Hugging our loved ones, we watched the reports in horror until we simply couldn’t watch…or cry…anymore.

We had planned a trip to NYC for the first weekend in October that year with two other couples. The girls didn’t want to go. The guys said, “If we don’t go, they win.” So we packed our bags. In my luggage, I carried an American flag from my company. Every employee had signed it and I was charged with taking it to Ground Zero. NCE sold decorative flags and until 9/11, the flags depicting flowers, holidays or sports teams were far greater sellers than Old Glory. Not now. Patriotism was at its highest since 1941.

I’d been to New York many times, but this was not like other times. Everyone welcomed us with open arms. “Thank you for coming”, said the cab driver, the bellhop, the receptionist, the waiter, the bartender, the homeless man. “Thank you.”

We took the subway to Ground Zero. Coming out of the station near Wall Street was like landing on the moon. Everything covered in six inches of thick gray dust. Storefronts and office buildings dark. What struck me the most was the silence. New York is never silent. We zip tied the flag to a fence already heavy with mementos and said a silent prayer. In continued silence we headed back to Grand Central Station. The walls there were plastered with pictures. Have you seen my husband? Have you seen my daughter? Spent, we returned to our hotel and slept through dinner.

The next morning we rode the Staten Island Ferry and saw smoke still rising from the rubble. As we passed where the towers once stood, the PA system blared the National Anthem, while everyone reached for handkerchiefs and Kleenex.

We’ve not been back to New York since. A trip to the memorial is long overdue.

We visited Shanksville a few years ago as a side trip on the way to Nemacolin and Falling Waters. The morning was damp and gray. A light mist covered the hallowed ground as we toured the site. The weather suited the mood as we approached the rock indicating the area of impact of Flight 93. Again, silence. So many voices had been silenced on 9/11/2001. In the park’s museum, however, you could listen to some of those very voices. When you lifted the phone receiver below a photograph, you heard that person’s final voicemail. The man telling his wife how much he loved her. The woman calling her sister to let her know where to find all of her important papers. The daughter saying goodbye to her parents. Their voices were so calm in the face of death.

It was an ugly cry. The kind where tears came quickly and snot poured from your nose. The design flaw of the museum is the complimentary Kleenex were on the opposite side of the room from the phones. As I type this, I’m crying again and like before, the Kleenex are in the other room. Someday, I’ll remember to keep a handkerchief handy on the 11th day of September. I’ll always remember, however, to NEVER FORGET!