Have you ever watched a teenager on the cusp of driving? Investing hours into practice driving, talking about the places they will go once they have the elusive license, taking the written and driving test…all to arrive at the mecca moment of that dreadful photo and small card that has long been the gate of freedom. Yet all of it comes to a crashing halt when that teenager’s parents do not allow her or him to use the family car except to transport younger siblings to and from commitments. What about the up and coming professional who is given a new project with the claims of additional accolades, success, and progress – yet the only outcome is longer hours at the same pay. Or what about oatmeal? Growing up my friends went to great lengths warning me of the massively unappealing taste and texture – yet as an adult, I have realized a half cup of blueberries in the warm oat is a perfect start to my day!

A few years back, I was invited to develop a class for Xavier University’s Social Work Department. It was an incredible honor to create such an important class for my alma mater and a thrill to share more about aging, a topic I have been passionate about since my earliest memories. After the initial introductions and formalities of the first class, I immediately jumped into the interactive teaching I had sculpted to help this topic resonate with the youngsters (the students ranged in age from 19 – 21). 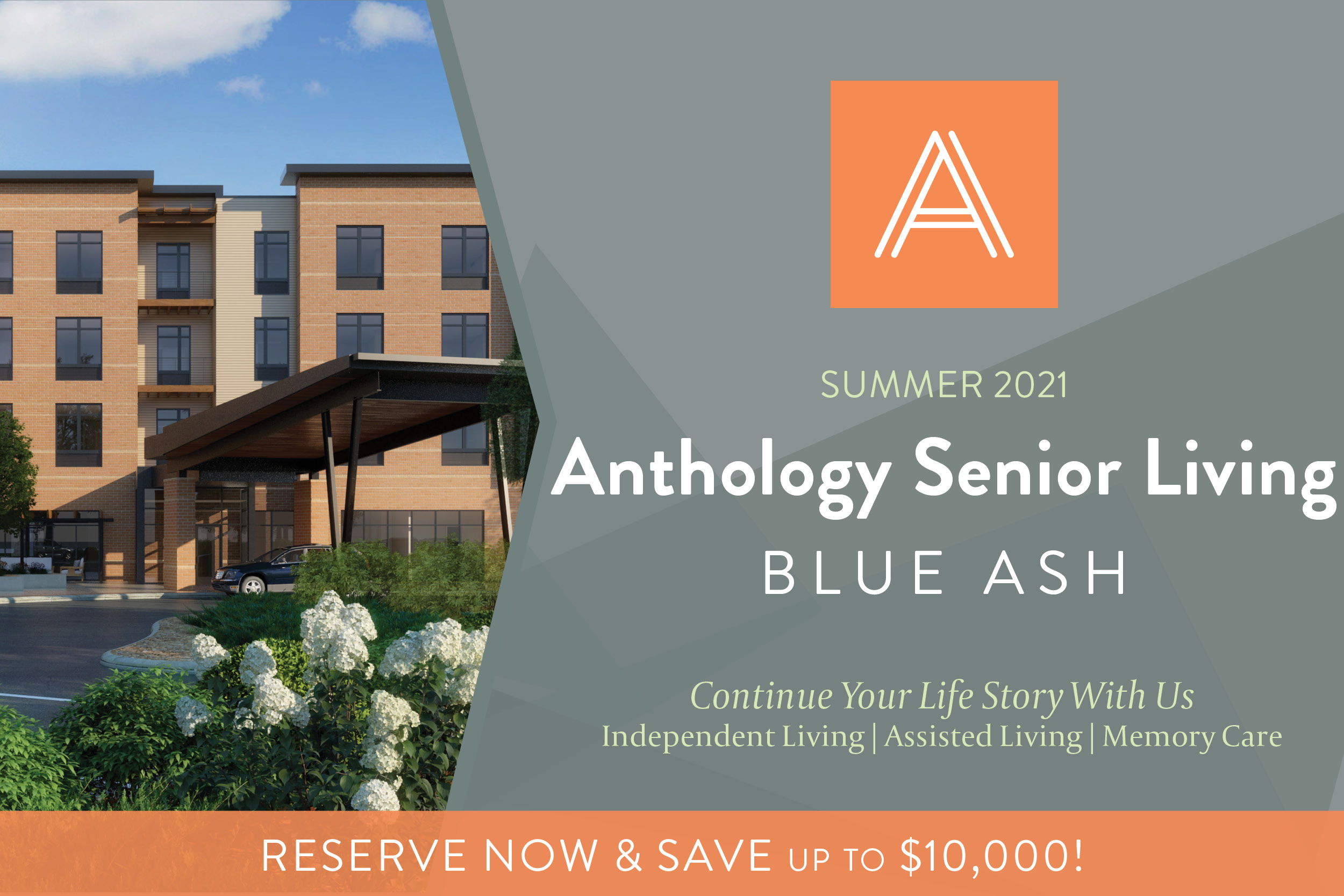 I asked each student to take out of piece of paper, fold it in half vertically and write as many words as possible in response to the prompt “Describe an older adult”. After two minutes, I invited students to share some of their words. They included: wrinkles, slow, hard of hearing, storytellers, grumpy, forgetful, gray hair, wise…and a list of other predominantly negative words. I then shared a series of videos depicting people in their 70s, 80s, 90s and even 100s who were using their body in amazing ways, participating in music and dance, creating art, and laughing hysterically with fellow older adults. Once again, I gave my class two minutes to write as many words as possible on the other side of their folded paper to “Describe an older adult”. The words that resulted the second time included: strong, amazing, creative, funny, wise, important, beautiful, impressive, resourceful – to name a few.

The average life expectancy in the United States is 78.2 years, yet research has found the human body has a capacity of 90 years. This means collectively, our country shorts itself twelve years per individual. Only one in five thousand people live to be 100 in the U.S., whereas in other countries this percentage is much higher. And they are healthy, thriving years.

Our culture has an opportunity to shift the way we view aging. Fortunately, there are places we can turn to learn how to live longer, healthier lives. Specifically, there are five locations on planet Earth called Blue Zones – longevity hot spots. The term Blue Zones was first conceived out of the work of Gianni Pes and Michel Poulain who identified Sardinia as the region of the world with the highest concentration of male centenarians. Dan Buettner partnered with National Geographic to expand upon this research and discovered four additional Blue Zones where people lived healthy, long lives. The five Blue Zones are Okinawa, Japan; Sardinia, Italy; Nicoya, Costa Rica; Ikaria, Greece; and yes, there is one in the United States – Loma Linda, California!

Gym memberships and marathons are not part of the genius lived by Blue Zone centenarians. Rather, these healthy elders live in environments that constantly nudge them to move without thinking about it. Many Sardinians traverse the countryside for their livelihood as shepherds. Okinawans sit on the floor their entire lives, fostering up and down movement and flexibility. Gardening, hand mixing meals, and walking to and from locations are part of the consistent, low impact, natural movement throughout these centenarian’s lives. Next time you are at the grocery store, think about parking further away – those extra steps add up in a good way!

The word ‘retirement’ does not exist in Okinawan language. Instead, they focus on ‘ikigai’ which means ‘why I wake up in the morning’. Nicoyans call it ‘plan de vida’. Having a deep understanding of one’s purpose and remaining connected to this can add seven years to a person’s life expectancy. Have you created your vision board for 2021 yet? It is not too late, and this is a great entry point to getting clear on your purpose. (See past article: Make Your Bucket List a Dream List in 2021).

Our culture is one of speed, excess, and options – all of which often lead to stress. Stress leads to chronic inflammation which is associated with disease. Despite this knowledge, we are not especially good at practicing stress relief, and certainly not consistently. This, however, is one of the Power 9 – the lesson of taking a few minutes daily and/or one day each week to unplug, relax, connect with people and a slower pace. Consistent downshifting is critical to longevity.

In addition to some easy tricks like serving up food and putting the leftovers away immediately, small plates, and enjoying the lightest meal of the day in late afternoon or early evening, the Okinawans have another great tool to help them eat less. Prior to eating, they have a ritual of saying an age-old Confucian mantra, ““Hara hachi bu”. This reminds them to stop eating when their stomachs are eighty percent full. Since it takes the stomach thirty minutes to trigger the full sensation, stopping at 80% helps Okinawans remain a healthy weight.

Remember the genius of having a garden to create natural movement? This also results in fresh foods. Centenarians overall have a plant-based diet and primarily ingest protein through beans, soy, and lentils. When meat is enjoyed, serving sizes are often three to four ounces – the size of a deck of cards and on average only once a week. For readers in the Greater Cincinnati area, consider placing an order for amazingly prepared and delivered food from My Parent’s Kitchen – you won’t be disappointed, and it will serve as a great kick-start to healthy eating.

Interestingly, moderate drinkers outlive non-drinkers and people in all Blue Zones (except Adventists) drink alcohol moderately and regularly.  The key to this Power 9 lesson is drinking the best and right alcohol, like red wine with higher antioxidants. My favorite health coach has been digging into what is in the wine we drink. Feel free to follow her on Facebook and at BestLifeWithLindsey.com to tap into this important information.

Your inner circle reveals a lot about who you are, what you value and how your life will proceed. In the United States, the average person has 1.5 close friends, down from three in 2005. Comparatively, the world’s longest living people chose – or are born into – social circles that support healthy behaviors. Okinawans create “moais” – groups of five friends that commit to each other for life, sharing when life is bountiful and supporting one another during difficult moments. Smoking, obesity, happiness, and loneliness are contagious, according to the Framingham Study. Who are your people? What do they embody?

Blue Zone centenarians who are married and remain committed to their partner, can add up to three years of life expectancy. Yet this Power 9 lesson extends beyond marital bliss. This lesson is best witnessed in the way these cultures invest in children and elders, and the common arrangement of intergenerational households. Research shows that this close knit, family commitment of shared living lowers disease and mortality rates of aging individuals and children.

The final Power 9 captures the significance of a faith practice for centenarians in Blue Zones. When interviewing over 250 centenarians, 98% reported belonging to some faith-based community.  Regardless of denomination, research shows that attending faith-based services four times per month will add four to fourteen years of life expectancy.

While some of the Power 9 provide new language and perspective, none of these lessons are surprising. Yet our culture often makes it seem as if living to 100 years or more is synonymous to winning the genetic lottery. This is where, once again, things are not always as they seem.  The Danish Twin Study established that only 20% of how long the average person lives is determined by genes. Eighty percent of how long a person lives is dependent on an individual’s lifestyle and environment. How does your health and well-being seem? There is always time to reframe the picture and remap the story of your life!

What do you imagine for yourself? Are you willing to set aside the thinking that genetically speaking you are thwarted from live longer better? My friend, I am happy to remind you that things are not always as they seem. Now you are aware, and you are able! Here’s to living into the Power 9 lessons every day.

To learn more about Blue Zones, listen to the featured podcast here or visit BlueZones.com.

Innately, Krista Powers is a person of passion, presence, wonder and awe. The ability to truly listen and hear people, paired with asking questions that enable a person to dig deeper and create a forward path are hallmarks of her life. Krista@poterecoaching.com Ms. Powers earned her Bachelor of Social Work from Xavier University and her Master of Social Work from the University of Michigan. In high school, she was trained and facilitated peer mediation and conflict resolution. More recently she has pursued certification in the Grief Recovery Method and Life Coaching. Krista’s career has offered opportunities in direct clinical care, program development and evaluation, and fundraising with local, regional, and national audiences. She has been honored to speak at conferences and seminars as a keynote speaker and breakout session facilitator. Additionally, Krista is invested in a spirit of community and engagement. She has served in elected office on her local school board, was humbled to be named a 40 Under 40 Honoree and taught as an adjunct professor at Xavier University. Through all these experiences, Krista has developed as a professional who honors the human aspects of every situation. She has honed an ability to quickly assess pain points, connect and dive into an individual’s vulnerable and difficult moments, identify growth opportunities for individuals and businesses, and has routinely found herself positioned in organizational change management roles as well as informal coaching. Krista has been a primary caregiver for a partner as well as an integral part of care teams for many aging individuals. She has experienced being consumed and lost while caregiving and has learned how to grow in a way that has rekindled her mind, heart, and spirit. With gratitude for her career path and an understanding of her talents and life journey, Krista is energized to align her gifts and passion to empower individuals, specifically caregivers, to ensure they are not lost in the process of important and transformational moments of life.