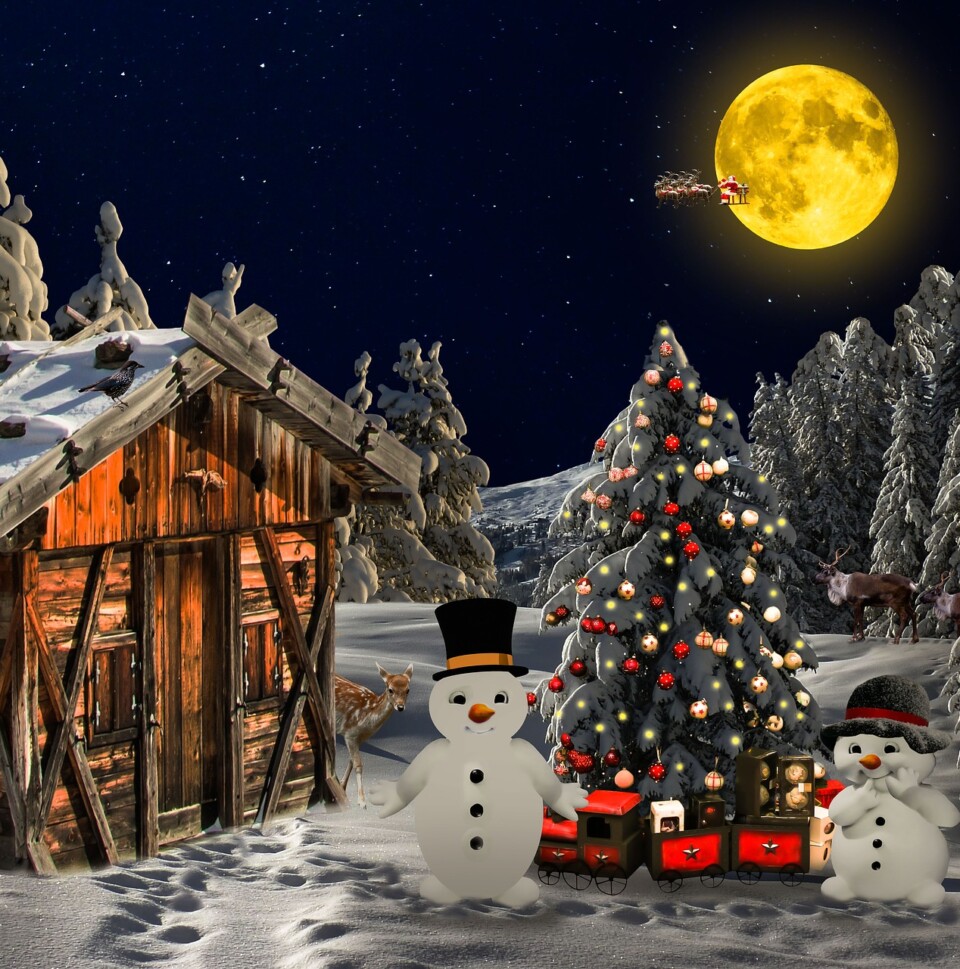 Tis the season to be jolly – as the song goes. Christmas is now upon us. At this time many ethnic groups remember their traditions and cultures. Christmas traditions include a variety of customs in which food is the major part, religious customs, and folklores associated with the Italian Christmas Traditions and Customs celebration of Christmas. Many of these traditions have been passed down from generation to generation. These traditions vary by country or region while others are universal and practiced
across the world.

Since I am of Italian descent, I will give a good picture of the Italian Christmas traditions and customs. Christmas is a time for abbondanza meaning abundance. Foods are prepared and served in large quantities in an Italian Household. The Italians will sit down for long (usually about 6 to 7 hour) feasts of many courses, even more extreme than on Easter or other holidays. What they eat depends on the region of Italy as well as the family. Christmas is a holiday in which every family has its own recipes.

One tradition that stands out in the Italian culture is the “Feast of 7 Fishes”. This tradition comes from South Italy and Sicily where it is known simply as the Virgil (LaVigelis). This celebration commemorates the wait, the Vigilia di Natale, for the midnight birth of the baby Jesus. The Feast of the 7 Fishes was introduced in the United States by Southern Italian immigrants in New York City”s Little Italy in the late 1800s.

Italian-Americans in New York City and its surrounding areas are usually the only ones who keep this tradition today. The long tradition of eating seafood on Christmas Eve dates from the Roman Catholic tradition of abstaining from eating meat on Fridays and on the eve of a feast day. As no meat or animal fat could be used on such days, observant Catholics would instead eat fish typically fried in oil or baked.

In Southern Italy and Sicily fish is extremely abundant which may explain why so much of it was added to the Christmas Eve dinner. Why Seven Fish? There is no exact meaning for the number seven. There are many hypotheses for what the number seven represents. Seven is the most repeated number in the Bible and appears over 700 times. Other theories are that the number 7 represents completion as shown in Genesis 2:2:

“By the seventh day God completed the work He had been doing; so on the seventh day he rested from all His work”. During the Feast of the
Seven Fishes, participants celebrate the completion of God’s promise of the Messiah through Jesus. Other theories include that the number represents the Seven Sacraments of the Roman Catholic Church or it represents the Seven Hills of Rome. It may also represent the 7 deadly sins.

Some wonderful Italian desserts you may want to consider baking include: Panettone (Christmas Fruit Bread) and Cannoli (fried cream shells). Italian Christmas cookies made are:
Anginetti D’ Arancia (Orange Drop Cookies), Biscotti Di Ricotta (Ricotta drop Cookies), and Baci
D. Dama(Lady’s Kisses). Some other Italian Desserts are Sfingi Di Fruitta (Fruit Fritters) and
Baked Pears (Pere Al Forno). The last menu item included in the feast are roasted chestnuts (castagne).
If you want to imitate a generous Italian Christmas eve dinner tradition, make sure you look up some recipes for preparing fish and Italian Desserts. A recipe will be provided in this article.

Mary Anne Chadbourne Retired Registered Dietitian, foodie, baker, cookbook lover, traveler, and skincare consultant. With more than 30 years of work as a Registered Dietitian teachings the general population and veterans about how food and nutrition are related to your health. The old adage "you are what you eat" rings very true. Good nutrition can be implemented in everyday life by learning all you can about basic nutrition and how it works in the body. Also being aware of the foods you are eating by reading food labels. Counseling sessions with an experienced dietitian will help to create healthy meals that also "taste good". The recipes provided in these articles are tested before publishing them. Also, good nutrition applies to skincare. With an adequate regimen according to your skin condition and healthy eating habits, your skin will be clear and glowing.