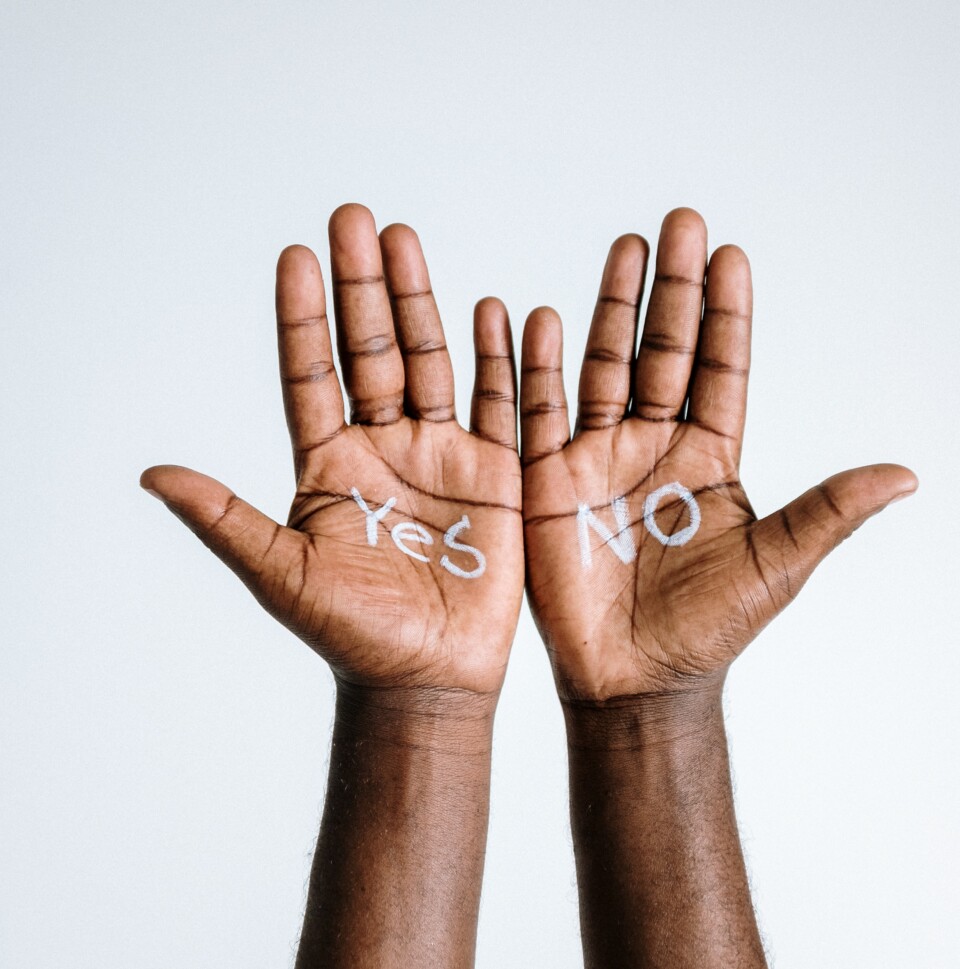 How to say no without ruining relationships

Do you say no to people, but then end up saying yes, even though you don’t want to?

This may be happening because you’re not following these 5 basic rules of saying no.

Let me teach you how to say no.

1)  You have the right to say no just because you prefer to, because you choose to say no.  You do not need any other reason.

2)  Once you say no, continue saying no until the other person stops asking.

3)  If people criticize you and they’re wrong, admit that they could be right.

4)  If people criticize you and they’re right, admit that they are right.

5)  Do not try to justify, argue about, or defend saying no.  You don’t have to explain why you’re saying no, but you may choose to do so.

After people have accepted your no, you can then, if you choose, offer an alternative to what they’re asking.

Let’s suppose that Granny-Ma is going to be 90-years-old in a week, and everybody wants to have a special birthday party for her … but Granny-Ma doesn’t want a big party.

Let’s watch Granny-Ma (who lives in an assisted-care home) say no, and see how she follows the above 5 rules on how to say no.

Activity Director: “Granny-Ma, you’ll be ninety this coming weekend, and we’re planning a big party for you.”

Activity Director: “But it will be so much fun. We always have a big party for ninetieth birthdays.”

Activity Director: “Oh, you really must. All the residents are looking forward to it. You don’t want to disappoint them, do you?”

Activity Director: “Oh, good, then we’ll have a big party.”

Oldest Son: “But Mom, the whole family wants to celebrate with you, and have a special party on your birthday.”

Oldest Son: “Well, that’s not a good reason. You must have a reason.”

GM: “You’re probably right, I suppose I should have a reason, and I don’t want a big party.”

Oldest Son: “Mom, the whole family is looking forward to this party.  It sounds like you’re being selfish.”

GM: “You’re right, it does sound like I’m being selfish, and I don’t want a big party.”

Oldest Daughter: “Mom, we’ve already been talking to the grandkids and great-grandkids about this, and everybody is looking forward to it.  They’ll all be so disappointed.  When we told Little Roger about it, he was so excited, and said it would be the best thing all year.”

GM: “It would be a grand time, and I’m sure the young ones would enjoy it, and I don’t want a big party.”

GM: “Yes I do care, nobody likes to get their feelings hurt, and I don’t want a big party.”

Activity Director: “The home will make all the arrangements.  Your family won’t have to do anything, just show up and have a good time.  Wouldn’t that be nice?”

GM: “Yes that would be nice, and is very kind of you, and I don’t want a big party.”

Oldest Daughter: “Having a party is very important for us, and it means a lot.  This hurts a lot, and it feels like you’re rejecting us, and I hate to say it, like you don’t love us.”

GM: “I can see how important this is, and I’m sure it does feel like I don’t love you, and I don’t want a big party.”

Oldest Son: “Okay Mom, you win, no party, but the grandkids are really going to be hurt, it’s like you don’t really love them.”

GM: “You’re right, it probably would seem like I don’t love them, and I don’t want a big party.”

Oldest Daughter: “Alright Mom, we hear you.  No party.  I hope you’re happy.”

Activity Director: “I guess so, no party, if that’s what you really want.”

GM: “Will you all please come and visit me on my birthday?  I always appreciate it when you come to visit, and if you bring the kids along, that would be wonderful.  Will you come, no party, just come and visit?  It would mean so much to me.”

Let’s review the above, and look at how Granny-Ma said no by following the 5 rules:

1) She began by simply, clearly, and directly saying no, and did not offer any particular reason for saying no.

2) Once she said no, she kept saying it, repeating it, calmly, without yelling, crying, arguing, or anything else.  She just kept quietly saying no until the others stopped asking.

3) and 4) She said the others could be right or were right when that was the case.

And most importantly, after the family had accepted her saying no, Granny-Ma suggested an alternative, that the family come to visit, but just without a big party.

And, as the saying goes, they all lived happily ever after (or so we can hope).